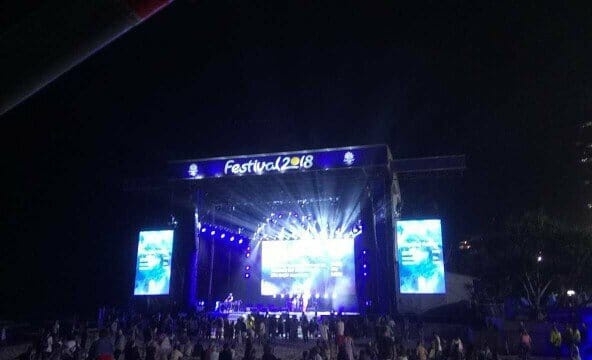 During the Gold Coast 2018 Commonwealth Games, Salmonella Dub (Featuring Tiki Taane) were due to play the main Fesitval stage in Surfers Paradise.

Now all things being equal, generally the singer arrives during the day, performs a sound check, and then returns later before the concert to perform.

Not to be in this case – in typical Rock’n’Roll fashion (or should that be Dub’n’Roll ?!), Tiki’s flight from New Zealand to the Gold Coast was cancelled, leaving him high and dry, and having to find another flight – no problem, except it arrived 1.5 hours before the show in BRISBANE ! The Festival was on the Gold Coast – over an hour away. In addition to getting to the main stage, he would also have to navigate customs in this time, and of course somehow perform a sound check pre-show.

AusDigi believes the show must go on, so in true style, our chief engineer Patrick leaped into his car, and drove to Brisbane International Airport whilst the band performed sound check. With almost exactly an hour left to go before the concert kicked off, a grinning Tiki appeared through customs, and Patrick bundled him into his vehicle, guitar cases and missing headphones (from the previous band members flights) intact, and they were off !

With just five minutes to spare before the concert began, Tiki was delivered to the back of the staging area, in one piece, and proceeded to run to stage, do a quick sound check, then up went the lights, and we were on.

The concert was a huge success, no-one was the wiser, and even the mixing engineer (Jason) seemed no less stressed than usual.

It just goes to show – with a little extra effort, the show will always go on – and there’s nothing we won’t do to get that project over the line !

Commonwealth Games Festival 2018 – we got this ! 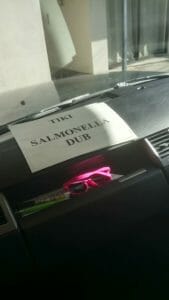 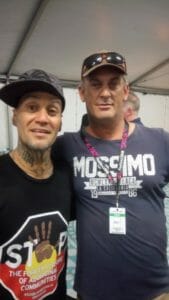